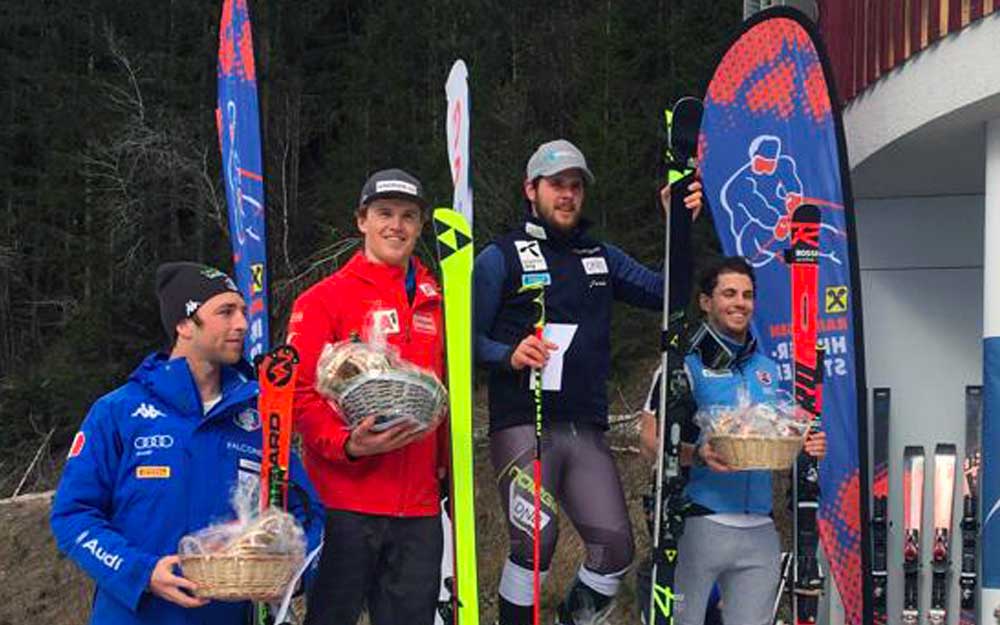 With the World Cup season beginning its wind-down, the GB Alpine team has delivered a series of fantastic results in the past week, while there have also been World Cup podiums in para snowboard. Action over the coming days also includes World Cups for cross country, para alpine, park & pipe and speed skiing.

Having finished the first run in 30th position, Raposo took full advantage of being the first skier down the second run in the warm conditions, setting a cracking pace to move up 27 positions and claim third place.

It is GB Alpine’s second Europa Cup podium of the week after Charlie Guest was second in Sunday’s slalom race in Jasna, Slovakia. Guest was able to reproduce that form again on Tuesday when she won the Slovakian national slalom championship, a day after Alex Tilley took fourth place in the giant slalom.

Tilley and Guest are both now preparing for the next World Cup stop in the Czech Republic. Tilley will race tomorrow’s giant slalom at Spindleruv Mlyn while Guest will compete in Saturday’s slalom.

On Sunday, Dave Ryding and Laurie Taylor will compete at the men’s World Cup in Kranjska Gora, Slovenia.

Andrew Musgrave will complete 100km of elite racing this week when he lines up in Saturday’s World Cup in Oslo.

Just six days after finishing eighth in the 50km skate at the World Championships, Musgrave will compete in the 50km classic in Norway.

With the 50km in Oslo being a regular fixture on the World Cup calendar, Musgrave’s best result came last year’s race when he was seventh. He is currently 19th on the distance World Cup standings and has the opportunity to improve that ranking with a strong result on Saturday.

The GB Cross Country team will bypass Tuesday’s sprint World Cup in Drammen, Norway to concentrate on the event in Falun next weekend.

The World Cup 50km classic from Oslo will be on Eurosport 2 from Saturday 9am.

On Monday and Tuesday, Pick won through to the semi-finals of his snowboard cross events before being defeated but bounced back on both occasions to win the bronze medal race.

In today’s banked slalom Pick finished fourth, just 0.17sec off the podium and less than a second behind first place. The final banked slalom of the La Molina World Cup takes place tomorrow.

Some heavy weather is complicating the programme at the World Cup in Mammoth Mountain this week, however action is scheduled to get underway this evening for GB Park & Pipe’s seven competing athletes.

Today’s qualifying will feature Zoe Atkin, Xander Glavatsky-Yeadon and Sam Ward in ski halfpipe along with Matt McCormick and Jamie Nicholls in snowboard slopestyle. Finals for both events are scheduled for Friday.

Yesterday Harris Booth (University of Glasgow) finished seventh in ski slopestyle qualifying at Winter Universiade in Russia, going on to earn ninth place in the final.

Finals of the Mammoth Mountain World Cup are scheduled to screen on Eurosport. Due to schedule changes, please check https://gb.eurosportplayer.com/schedule/ for the latest schedule and channel listings.

Britain’s fastest man on skis, Jan Farrell, returns to World Cup action in Sweden today at the second event of the season.

Two World Cup races will be staged over two days at Idre Fjäll, the site of the last World Championships in 2017.

Farrell finished first at a speed downhill event at the venue in 2014 with his best World Cup result there coming last year when he was sixth.