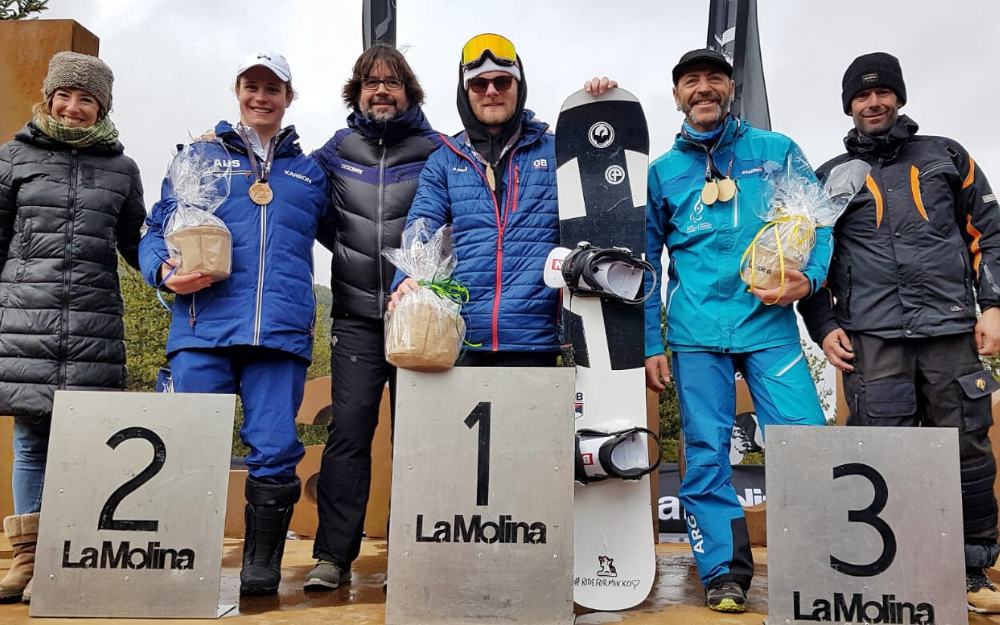 Speaking after the event Pick said: “I’m really stoked on today’s racing in not the best conditions and to get my first gold is awesome, but now I am focussed on the World Cup Finals in Norway later this month.”

James Barnes-Miller was also on the podium with his first-ever banked slalom silver medal In the men’s SB-UL class. Both golds went to Italy’s Jacopo Luchini who fended off Barnes-Miller in the first final, and France’s Maxime Montaggioni in the second.