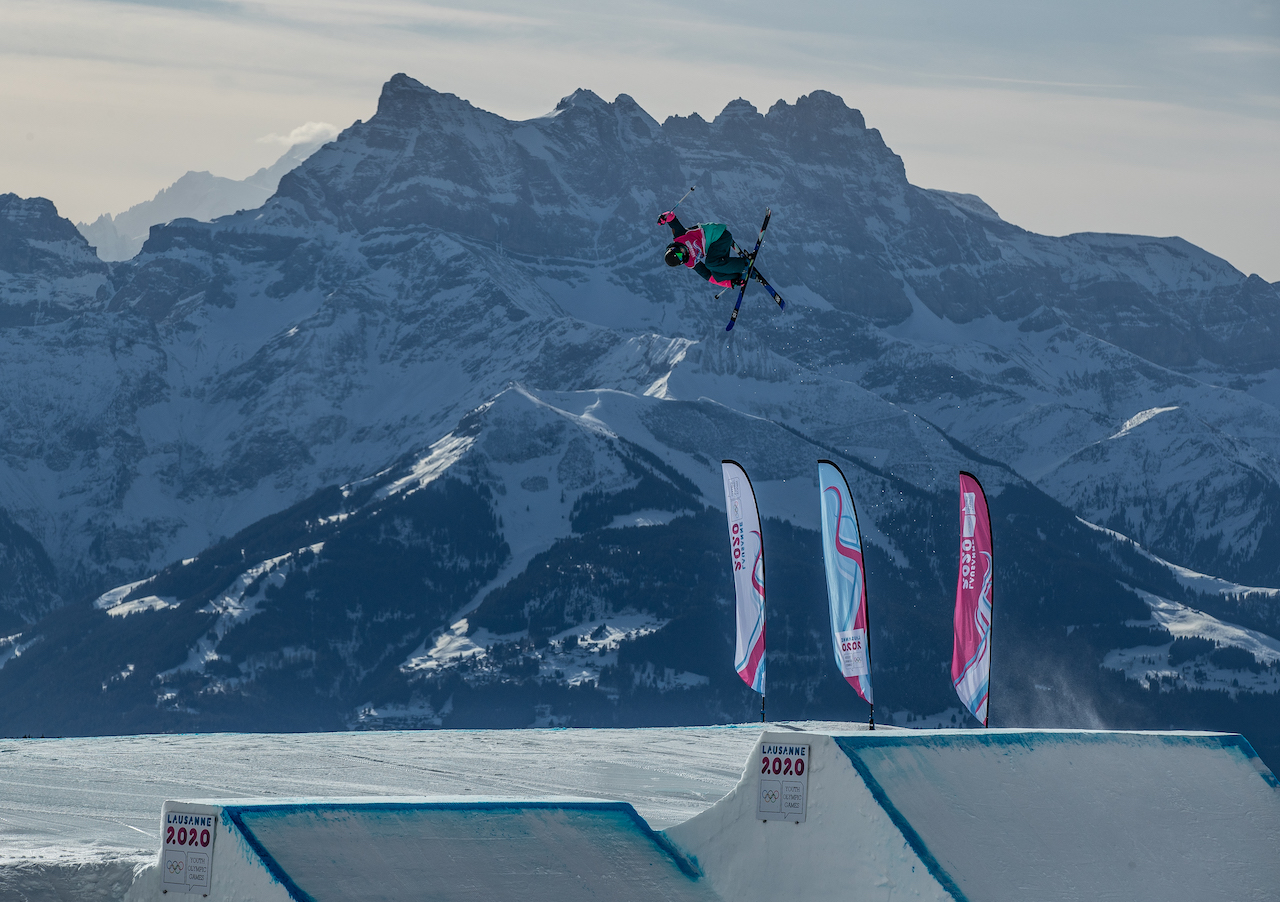 Kirsty Muir became Britain’s first ever female Big Air Olympic medallist and claims first and only individual medal for Team GB on the final day at the 2020 Youth Olympic Games. Muir enjoyed double delight as she was also announced as Team GB’s flagbearer at tonight’s closing ceremony in Lausanne.

Muir, 15, qualified in third place yesterday but found herself in first place going into the last run in the Villars Winter Park until China’s Ailing Eileen GU put down a score of 81.5 in her final run to bring her total points tally to 171.25 and climb to the top spot.

Muir was the final athlete out of the gate and went into her third run knowing a score of 89 or more would take the gold medal home. However, it wasn’t to be and the GB Snowsport athlete came agonisingly close after putting down a smooth cork 9 tail to post a final run score of 87.5 which left her just 1.25 points short of China’s 16-year-old GU with a total score of 170 points.

On claiming the silver medal, Muir had no regrets on what could have been: “I am just so delighted – [Ailing Eileen] Gu had some amazing runs and she is a really great skier – she was amazing today. All the girls were amazing and I was just happy to get the runs down – It is definitely a competition between friends and we support each other and hope everyone does their best.”

Muir made history by becoming the first ever female British ski athlete to medal in a Big Air competition at an Olympic Games and only second ever Big Air medallist alongside Billy Morgan who won bronze at PyeongChang in 2018.  Muir follows in the footsteps of Izzy Atkin and Madi Rowlands as the third British athlete ever to win a ski medal at an Olympic Games. Izzy Atkin claimed the slopestyle bronze at PyeongChang and Madi Rowlands triumphed in Lillehammer 2016 (Youth Olympic Games) where she won the halfpipe gold medal and slopestyle bronze.

After accepting the privilege of flagbearer at tonight’s closing ceremony, Muir said: “I’m so excited. It’s going to be such a cool experience and I’m honoured to be asked [to be flagbearer]. I’m really happy with how I’ve skied and this is the perfect end to the week and I’m just so proud to represent Team GB.”

The Big Air was the final event of the 2020 Youth Olympic Games in the Villars Winter Park and the closing ceremony of Lausanne 2020 will be held this evening at 17:00 GMT live on the live on olympicchannel.com and mobile apps.