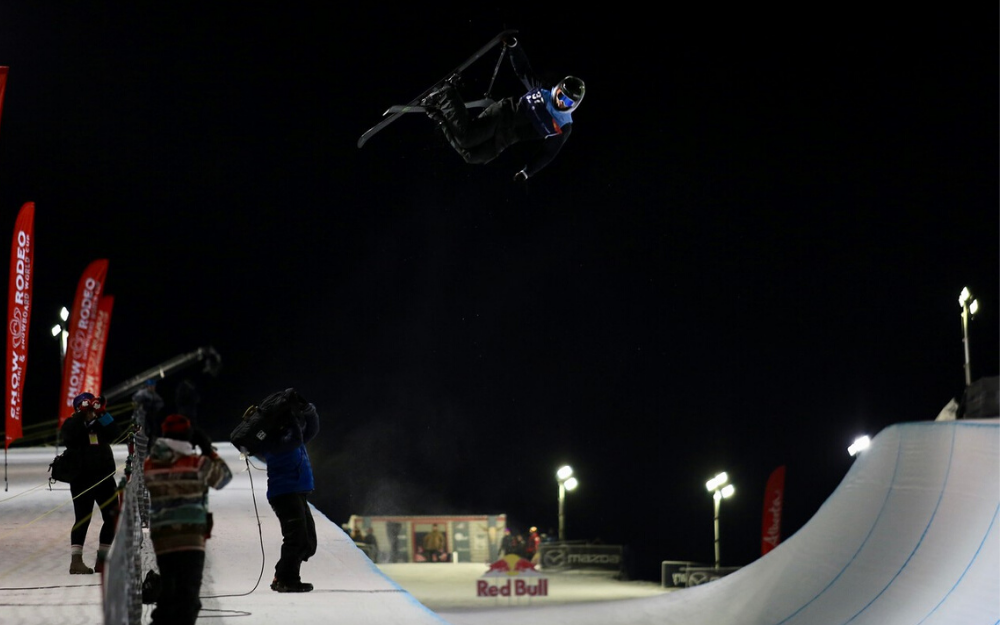 Gus Kenworthy continues his impressive return to competitive skiing after claiming first place, and his first gold for GB Snowsport, at the Calgary Snow Rodeo halfpipe last weekend. This follows the Silver he took on the Dew Tour in Mammoth.

Press Release: Gus – who last won a world cup event at US Grand Prix in Mammouth 2016 – qualified first for the finals in his heat with a solid score of 90.20.

Kenworthy found form and style again in the finals to post a score of 93.20 to finish in first place ahead of Brenden Mackay (2nd) and Birk Irving (3rd) and win his first world cup event since joining GB Snowsport.

Gus is only the third GB Snowsport athlete to win a world cup event in halfpipe after Rowan Cheshire in 2014 and Zoe Atkin in December of last year.

Kenworthy made his comeback at X Games Aspen and then took silver on the modified pipe at Dew Tour, Mammouth, last weekend.

Following the win Olympic silver medallist Kenworthy, said: “I am super stoked to win my first World Cup event for a few years and my first gold since I’ve started competing for GB Snowsport.”

“The return to snow has been awesome so far and I’m really enjoying working with everyone at GB Snowsport. It is always special to compete here in Calgary and means a lot to me to come here and win gold.”

Gus announced he would be now representing GB Snowsport in December of last year and has worked hard with the GB Snowsport coaches and wider team to return to the podiums this winter.

Vicky Gosling, Chief Executive Officer of GB Snowsport, said: “We are delighted for Gus and his team. We have been working closely with him now for a few months and his transition back to snow has been great.”
“This is another great result in what has been a constant streak of world cup podium finishes for GB Snowsport athletes since the turn of the year and shows that we are heading in the right direction on our goal of being a top five snowsport nation by 2030.”