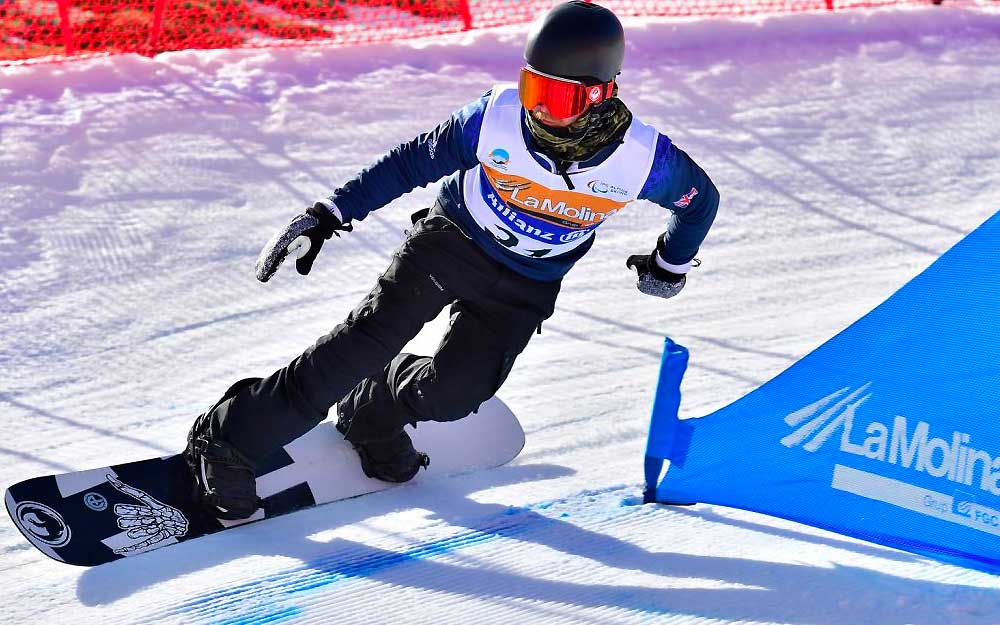 CROSS COUNTRY
World Cup Finals, Quebec CAN – Friday 22 to Sunday 24 March
A wonderful season for GB Cross Country wrapped up in Canada over the weekend with more fantastic results.

In Friday’s sprint all skiers qualified through the prologue, marking the first time three GB athletes have finished inside the top 30 of a cross country World Cup race. While none of the skiers were able to progress into the semi-finals, James Clugnet earned a career-best result of 14th in what has been a breakthrough season. The result left Clugnet 39th in the World Cup sprint standings with Andrew Young 29th.

While Musgrave finished the day as the highest British finisher in 17th place, Young scored the fourth-fastest time of the stage to miss out on his second career podium by an agonising one-tenth of a second. Young’s previous best result outside of sprint races was 17th in the same event at the same venue in 2017.

Musgrave finishes the World Cup season ranked 18th in distance, while his 21st overall is up one place on his previous season-best in 2017/18.

Recording an average speed of 220.85km/h, Farrell was less than 6km/h away from the podium. Rob McClusky finished 42nd.

Following the World Championships, the penultimate World Cup of the season will also be held in Vars tomorrow.

The World Championships turned out to be a disappointing event for GB Telemark which failed to reach the podium.

After finishing seventh in Wednesday’s classic, Jasmin Taylor crashed out heavily in Friday’s sprint and was unable to qualify through to the round of 16 in the parallel sprint on Saturday.

Sion Bingham led the British men with 24th in the sprint, while Louis Hatchwell scored a huge upset by defeating the top seed in the parallel sprint, ultimately finishing with a share of ninth place.

It’s been a great few days for GB Park & Pipe athletes at Europa Cups in Switzerland and Livigno.

A trio of snowboarders qualified through to Friday’s slopestyle final at Laax with GB filling two spots on the podium thanks to Billy Cockrell who finished second and Raymond Prentice in third. Harry Waite was also impressive in eighth, while European Youth Olympic Festival riders Gabe Adams (23rd) and Ethan Smith (36th) missed out on finals appearances.

The importance of qualifying was highlighted at today’s ski slopestyle Europa Cup in Livigno after bad weather caused the cancellation of the finals runs. Taking qualification scores to the overall result, 14-year-old Kirsty Muir recorded a win in her first slopestyle Europa Cup as the youngest skier in the event. Harris Booth was second in his heat, resulting in fourth place overall.

A second Europa Cup event is scheduled for Livigno tomorrow.

Charlotte Bankes has wrapped up her season with another podium finish at the snowboard cross Europa Cup in Switzerland. The 23-year-old finished in third place on Saturday, her fourth podium of the Europa Cup season from five races including three wins. She finished the season ranked fourth on the World Cup rankings and with a silver medal from the World Championships.

Maisie Potter’s best result from the weekend’s races was 25th, while Brandon Cain’s 16th on Friday was the best result for the British men’s contingent.

A solid contingent of GB Ski Cross athletes lined up for the weekend’s Europa Cup in Austria. Emma Peters was the highest-placed athlete in both races, scoring 21st on Saturday before improving to 10th on Sunday.

The event was good preparation for a number of the athletes who will remain in Reiteralm for this week’s Junior World Championships which start on Thursday.

Owen Pick will be the sole British rider to fly the flag at the para snowboard World Championships this week.

With James Barnes-Miller and Andy MacLeod both recovering from injuries, Pick heads to Finland on the back of some strong results at the last World Cup in La Molina where he earned a pair of snowboard cross podiums and two more top five finishes in banked slalom.

At the last World Championships in 2017 Pick was the silver medallist in banked slalom, his best-ever finish in international competition.

The event kicks off with snowboard cross on Wednesday followed by banked slalom on Saturday.