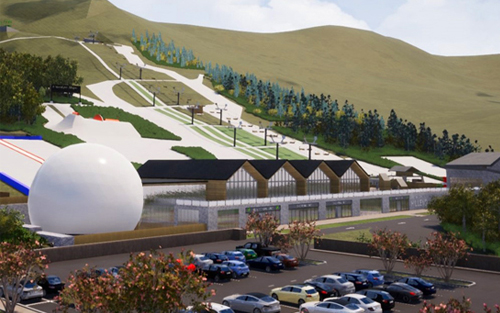 Edinburgh’s Midlothian Snowsports Centre, AKA Hillend, the UK’s longest artificial snowsports slope has received £13.8 million of capital injection from Councillors that will look to transform the facility into an all-year-round, multi-activity leisure facility.

This investment should generate income for the council to partially help offset the impact of continued restraints on public sector funding.

At the full Council meeting on Tuesday, councillors approved a number of recommendations including the cash injection, phased over three financial years between 2019 and 2022.

More about the project

Destination Hillend may include, subject to any necessary planning consents and other agreements and permissions

As well as approving the funding from the General Services Capital Plan, councillors agreed to market and sell the site earmarked for a hotel.

Detailed planning, delivery and procurement of the project will now get underway and further reports will be brought back to Council to update councillors on progress.

The approval comes after a public consultation. More than 200 people attended a public event in January to give their views, the majority of which were in favour of the scheme.

Destination Hillend has the potential to create more than 30 new full-time equivalent jobs with the council and a further 50 permanent, third party jobs, including serving the food court kiosks, retail unit and hotel.