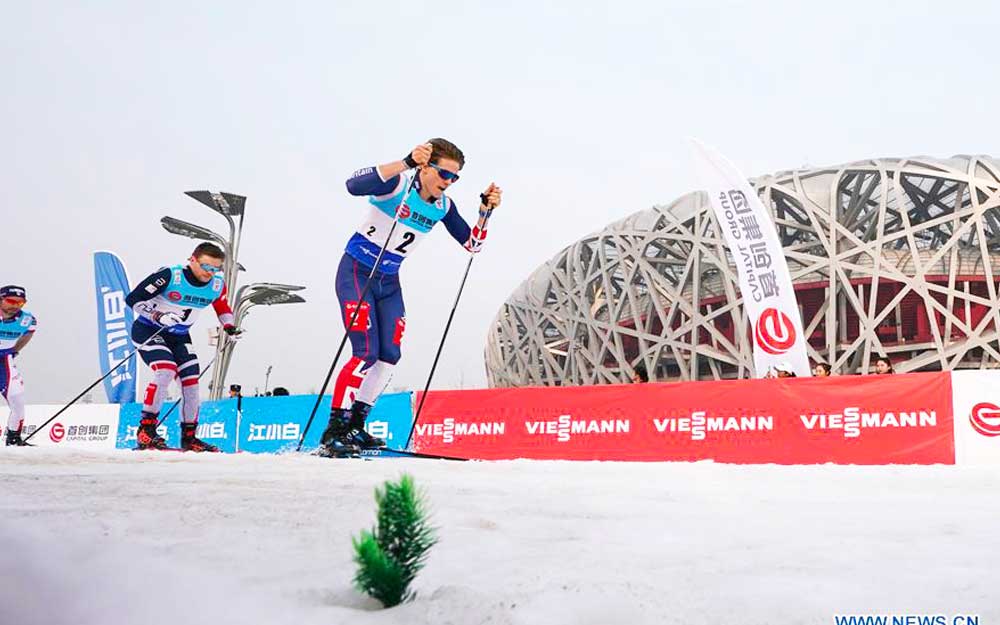 The already-impressive season for GB Snowsport continues across the disciplines with World Championship top 10s being backed up by podium performances in para snowboard, alpine, park & pipe and cross country.

Andrew Musgrave capped a fantastic World Championships with another top 10 result in the 50km race on Sunday.

Musgrave stayed with a large group fighting for the bronze medal around one minute behind the winner, eventually finishing in eighth having earned fourth place in the same event two years ago. Andrew Young overcame a broken pole mid-race to finish in 38th.

Musgrave leaves Seefeld with three top 10 results from as many events at the World Championships after finishing eighth in the 15km and seventh in the skiathlon.

James Clugnet’s added some further polish to his breakthrough season when he won Friday’s race in the shadow of Beijing’s Birds’ Nest stadium, finished third on Saturday then claimed second place today. The results left him in second place overall for the series.

Nichole Bathe’s best result came on Friday when she was 14th on her way to 19th overall, while Annika Taylor’s highest finish was 15th in today’s race which helped her to 21st for the series.

It is the fifth time he has earned a place on the World Cup podium, with today’s result the third time he has gained a top three result in snowboard cross.

The World Championship silver medallist was fifth in qualifying on Friday and came from behind to win her quarter-final. Unfortunately she missed out on a top two finish in the semi before finishing second in the small final.

At Winter Universiade, Douglas Green (Robert Gordon University) finished 25th in snowboard cross qualifying and was unable to progress to the semi-finals.

At the weekend’s ski cross events in the Czech Republic, Alannah Lawrie was the best-performing athlete with 16th in Friday’s Europa Cup and 13th in Saturday’s FIS race.

The moguls World Cup wrapped up in Kazakhstan on Saturday, completing a solid season for the GB team.

Makayla Gerken Schofield finished 19th in the ladies’ event, helping her to finish the World Cup season in 19th on the overall standings.

Max Willis was 21st and Thomas Gerken Schofield 22nd in the men’s event. That left Thomas in 21st place overall and Max in 32nd. Wil Willis DNF’d in Saturday’s event while Sunday’s dual moguls was cancelled due to poor weather.

Charlie Guest scored one of the best results of her career on Sunday when she finished second in the Europa Cup slalom in Jasna, Slovakia.

The 25-year-old’s second run was more than half a second faster than her nearest opponent, with Guest only beaten by eight-time World Cup winner and world giant slalom champion Petra Vhlova.

There were also strong results in Slovenia yesterday when Laurie Taylor won a FIS slalom race with Robert Poth third, while Victoria Palla was fourth in the ladies’ race. Then today, Taylor backed it up with another win while Poth made it a British one-two by moving up another position on the podium.

And in Russia, Harris Booth (University of Glasgow) is flying the flag at Winter Universiade this week, competing in ski slopestyle on Wednesday.